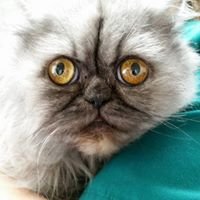 Timberland Animal Clinic
4.7
Based on 26 reviews
powered by Facebook

Lynndie Bindie
2022-03-02T00:12:01+0000
I was listened too and validated by coming here. great service and timely apt. I highly recommend! thank you team for... giving my skittish cat some patience and love. I am definitely coming back ♡read more

Kate Wheeler
2021-12-31T02:13:39+0000
I brought my dog in for an infected wound on her face. The staff got us in same day, were very personable, friendly,... and compassionate. My dog has high anxiety due to being traumatized at our previous vets office. I was able to be with her until the exam to keep her calm and feeling safe. The exam was quick and thorough. The vet, Dr. Merle Marks, was very impressed with how well behaved my dog is and praised her a lot. Needless to say, this is our new vet.read more
Call now! Skip to content